The Silver Lake Chess Festival was officially opened on Sunday 18th June in the presence of 256 chess players from 19 countries. Among them are 11 Grandmasters and 21 International Masters.

The top 16 boards are broadcasted LIVE.

The honorary first move in the Open A was made by Deputy Mayor of Veliko Gradiste Sladjan Markovic.

The honorary first move in the Open C was made by Head of Tourist Organization Dajana Stojanovic.

The Blitz FIDE rated tournament on a Danube liner “Silver Star” is scheduled for 22nd June from 10:00am. 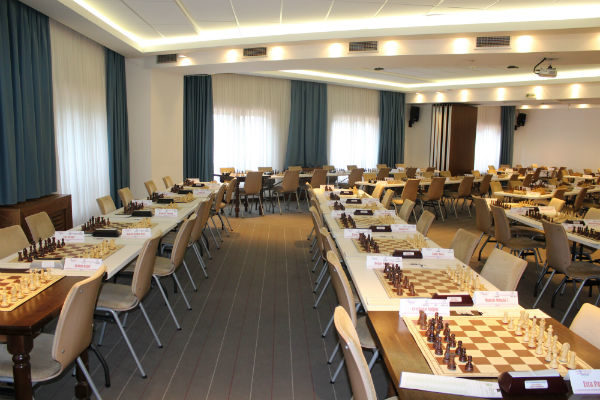